Getting Games for your kids is not easy. Since the ’90s, the gaming industry has changed a lot. This happened mostly because games are not designed for kids anymore. The industry sees everyone from the age of 5 to the age of 60 as their customers. So, to purchase the best Wii party game for your kid, you also have to recognize a few essential factors that will help you get age-appropriate games for your kid.

Nintendo has developed several games, but in order to find the best one for your kid, you have to check stuff like ESRB rating, the console version, etc. 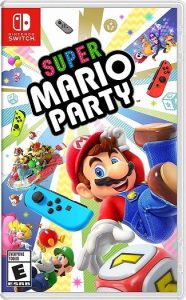 With the all-time favorite Mario characters, smooth controlling and graphic-rich content, the Super Mario Party comes on the top of the list. It is the original 4 player Mario Party series board games that you can your kids can play and compete with each other.

The game is about gaining more stars, skillful use of the Joy-Con controller and make a strategy to make it to the next level. There are 80 mini-game modes. You can even line up the Nintendo switches side-by-side and enjoy a real tabletop game. This way you can play basketball matches, battle tanks also customize the arenas, the way you like it. 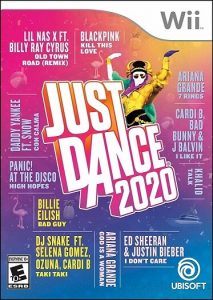 Just Dance was first found in 2006 because, and since then, it’s the favorite Wii game for party lovers. A perfect gift for kids as well as teenagers, Just Dances comes with 40 preloaded songs. That includes all the latest hit songs from past years by artists such as Ariana Grande, Justin Bibber, Ed Sheeran, Billy Elish, and others.

It even has a kid’s mode for the junior performers; 8 songs that will encourage a budding rock star. One can play it alone or compete with friends (up to 4 people at a time) to beat the high score. The Wii remote senses your moves and compares it to the onscreen steps giving you a score. 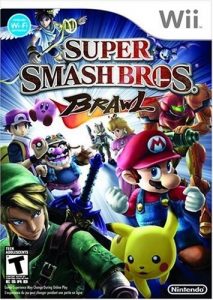 Super Smash Bros. Brawl was and is still one of the best crossover fighting games ever made. In its 3rd edition, the action-packed game will feature more than 40 different characters from the Nintendo universe.

Old all-time favorite Nintendo characters like Mario, Link, Kirby will now have a host of new competitors, including Wario, Solid Snake, Diggy Kong, and Pit from Kid Icarus. With unlimited customizing options, further action moves, and graphics-rich stages, this is undoubtedly one of the best party Wii games for Nintendo lovers. The biggest part of this brilliantly designed game is the ability to play with distant friends. 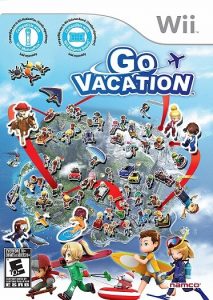 If you are looking for a Wii party game for your kids to play, Go-Vacation makes an excellent choice. Children of all age groups can play with it. The game is about a vacation trip to an island called Kawawii, where there are 100 ways to play around. From sky diving, scuba diving, snowboarding to horse riding and miniature golf, it’s a whole new world to explore.

The game is made in such a way that it will encourage you to get involved in the gameplay with your little ones. There is no sign of violence. Also, kids can learn about new things, create, and play. 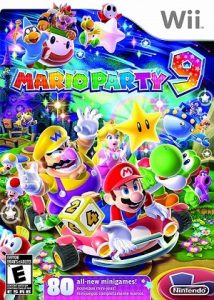 One can never go wrong with a Mario Party series, especially if it’s for young players. It’s sweet and age-appropriate gameplay with a simple grasp and no confusing controls. The Party series features different characters and elements from the Mario franchise. Kids will have a blast riding on different vehicles, escaping haunted castles, jumping through clouds while finishing the race with their friends. It will be a perfect gift for kids and teenagers. 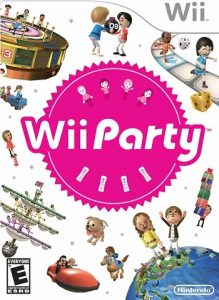 This game is a whole new level to the Wii party games. Developed with 13 different gaming modes and 70 minigames, Wii Party is n awesome game for the kids and for the entire family.

Some of the games take the fun out the screen and into the real world, in which players have to interact with each other in actual to make things happen in the gaming world.

Some of the party gaming modes are cooperative like the Balance boat while others are competitive, e.g., the ‘Board Game Island,’ which can be played with up to 4 members. You hardly have experienced something as cool as the Wii party! 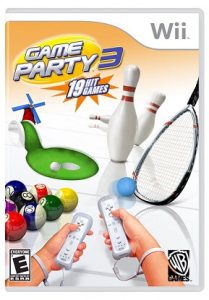 Wii games like these are fantastic choices to rock any house party. You, along with the kids, can play 7 types of all-time-favorite party games. Play Darts, 8 ball pool, table hockey, shuffleboard, or hook into classics games like ski ball, trivia, ping pong cup. Just slide your Wii remote forward and hit the ball with the right moves that you do in an actual game.

Controlling is so easy that even 5 years old can handle it. There is a total of 175 characters to choose from plus different classy venues selected for each game. 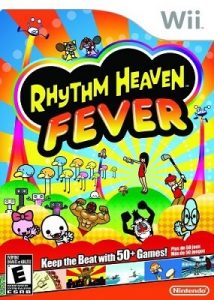 Developed for Wii consoled, the Rhythm Heaven Fever is the perfect Wii game for the minigame lovers. Here, the players face some quirky challenges with catchy music in the background. Plyers have to feel the beat and tap on the buttons of the Wii remote. The controls are very, very simple, also hard o master. Anyone, regardless of their age, can play the game. As you level up, you are rewarded with medals.

Games are made for fun! All the Wii party games are fun! Still, there are some instructions and crucial factors to consider while purchasing any Wii game. This is even more important if you do not know Wii and Nintendo. The Nintendo universe is enormous, and people who play Wii games can suggest a hundred games. You don’t need to like it too. So, it’s important when you invest; you invest it wisely.

Here are some of the key factors that you might want to consider before purchasing a Wii party game.

At the very beginning, you have to specify the console. Of course, we are talking about the Nintendo console. The party games are developed for Nintendo, or various versions of Nintendo, such as Nintendo Wii, Nintendo Switch. So, before purchasing, you need to take specific precautions regarding a few matters.

Games specifically developed for that console. But you need to know that there are multiple sub-versions of Nintendo available on the market. There’s Nintendo Wii, Nintendo Wii U, and Nintendo Switch.

So, if you own a Nintendo Switch, then a game designed for Nintendo Wii will not run on it. So, before purchasing the games, learn which version of the Nintendo console you have in your home and make the purchase accordingly.

Not all the games are made kid’s friendly. You should always avoid games that promote violence, nudity, bully, or anything inappropriate. Some games can be played together with family, and some are for adults only. So, take a good look at the product description.

There is another way, and that is the ESRB rating, though the manufacturer’s always don’t mention it, the ratings can give a better idea of the suitable age for playing the game.

The ESRB stands for Entertainment Software Rating Board. This is an American self-regulated organization that rates contents according to age for video games. This organization was established in the year 1994. Since then, the ESRB rating has gained trust and validation from the users. It is trustworthy.

Here’s the categorization of ESRB ratings and their meanings…

As you are getting Nintendo Party games, the number of players is also significant. Suppose, there are 3 friends of your kid who wants to play the game in co-op. But instead of a 4 player game, you purchased a 2-player game. That would be pretty inconvenient.

So, before getting the game check the number of players at the backside of the box.

You also need to check out the controller options as well. If the controller doesn’t support the game or multiple players, then the game can’t be played by the user. Most of the time, for multiple-player games, you need to buy different controllers separately.

If you have friends all over the world or don’t have friends to enjoy a match, the best option is to get a Wii game that can be played on online gaming platforms. Some models have the choice; some require opening an account on Nintendo with a monthly or yearly fee. So, do check it out if you want this feature.

If you just keep these few things in mind, then you will be able to purchase the best Nintendo Party game appropriate for your kid and their friends.

We play games for fun and entertainment. Very often, especially video games, become so addictive that we can’t make us stop starting at the screen. If the Wii game you are buying is mainly for the kids in the house, you need strictly limit their use.

Now, like we always do, we further give you three best options. So, if you are still confused, your first option is the Super Mario Party. It’s made for everyone, kids, teen adults. This is the original version of the Mario Boardgame series. There is a total of 80 minigames and the option to play and compete with players all over the world.

Your second option and the best option for party lovers is Just Dance 2020. It comes with an additional kid’s modes. Plus, 40 different songs from the latest hit list. 4 people can play this at a time to beat the highest score.

Your 3d best option, which is mainly for teenagers, is the Super Smash Bros. Brawl. It’s a bit expensive, also the most versatile one. It includes possibly all the characters from the Nintendo universe, limitless customizing options, new action moves, which makes it hard to leave this game. It’s also good for adult gamers.

Did we miss something? Do you have any questions left? Please write to us in the comment section below.